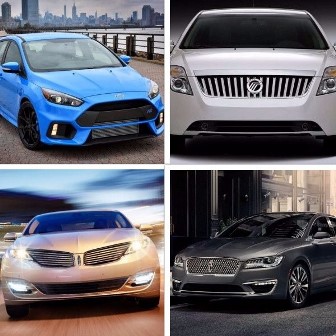 How old is your vehicle? And, do you plan on maintaining it and keeping it going for a good number of years more?

According to most recent studies, the average age of cars and vehicles on roads in the United States is at an all-time high of almost 12 years.

Volvos aren't the only vehicles anymore that are easily clocking well over 100,000 miles and still lookin’ good: we’re seeing more and more U.S. brands handling the extra miles and years with grace.

In fact, this ability to purchase genuine OEM replacement parts online has been a complete game changer for automobile owners, performance enthusiasts, and repair shops  - especially for international owners of American-branded cars, trucks, and SUVs.

Online OEM parts stores, like TascaParts.com, give every car owner  - no matter what continent - the ability to shop for quality, guaranteed OEM parts and accessories from the convenience of their own home -  unhindered by geographic distance from an actual physical store.

A Lesson on Supply and Demand

Ironically, a direct result of the competition within the U.S. automotive industry to design and produce more technologically-advanced, longer-lasting vehicles is that automobile manufacturers have manufactured themselves right into a self-made quandary: production numbers are up, but sales of new vehicles are not meeting projections.

Simply put, too many cars were produced this past year and now housekeeping is required.

The issue is not that people aren’t buying new cars, but that the automobile manufacturers overestimated demand. Addressing this, GM has already announced that employees affected by the three-week shut down at the Detroit-Hamtramck facility may be relocated to busier plants.

The Importance of Self-Control

On the bright side, the improved state of vehicles shows that Ford, GM, FCA and all the other automotive manufacturers are listening to the demands and requests of the performance enthusiast, the long-distance commuter, the environmentally-concerned student, and the everyday driver.

The public has long demanded better built, more dependable vehicles. And we’ve been given them.

But are the major players in the automotive industry listening to their own data? They have the ability to predict data in advance and reports, as far back as April, were of the general consensus that the industry was “leveling off at record levels”. The question remains, “Why the glut if it could have been prevented?”

The automotive industry undoubtedly overestimated production numbers this past year, but Americans have proven that they do love owning and caring for their vehicles.  The United States has more registered vehicles than licensed drivers (in 2013, the U.S. had 255.8 million registered vehicles to 212,160,000 licensed drivers), these vehicles are lasting longer than ever before, and owners are spending more on maintaining them ($7.4 billion in 2016 as opposed to $6.4 billion in 2015).

Keep Your Vehicle Running with OEM

So, until that moment when you’re ready to trade in or trade up, the best way to maintain your current vehicle is to use genuine OEM replacement parts.

Original Equipment Manufacturer (OEM) refers to automotive parts that are designed, engineered, and developed by the vehicle’s manufacturer.

And while most automotive manufacturers do sublet production of individual OEM components, they only utilize companies that specialize in a particular field, have passed stringent quality control requirements, and have a proven track record of producing parts made to exact manufacturer specifications (including safety, quality, fit, and performance). This is why parts in OEM packaging can be depended on for the long haul.