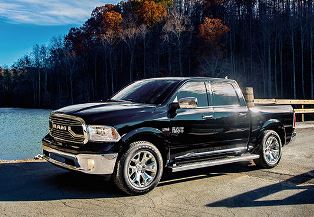 These are Ram’s promises.

Formerly known as the Ram Truck Division of Dodge, Ram was established in 2010 as its own division of Chrysler with the primary purpose of creating a separate truck brand within Fiat Chrysler.

With plenty of options from which to choose, Ram offers the serious truck owner dependable strength, comfort, and capability.

Described by Consumer Reports as "the most civilized full-sized pickup on sale,” Rams are both luxurious and powerful.

Noted for featuring coil-spring suspensions that give a level of comfort not usually experienced (or expected) in trucks, this year’s Ram models also feature more upscale interiors and large back seats.

Ram has also been named Motor Trend's Truck of the Year in 2013 and 2014 and Consumer Report’s top-rated full-size pickup.

Tasca is a fully authorized Ram dealership and OEM parts distributor. Family-owned and operated since the 1950s, Tasca always puts the customer first.

Whether you're purchasing a Ram truck, or looking to replace a part, give us a call and we'll give you our best.