But the brand remains as true to its origins as ever.

Rugged. Rough. Made for off-roading. Jeep, specifically the Wrangler, continues to excel as a go-anywhere vehicle. Beloved by its owners and envied by others, Jeeps are the iconic symbol of freedom, fun, and outdoor adventure.

Jeep vehicles have the traction, ground clearance, maneuverability, articulation, and water fording skills to conquer the toughest of tough terrains.

And Jeep’s customers are among the most loyal following you’ll find. 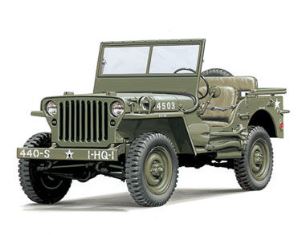 You probably know that Jeep started out as a military vehicle. No big surprise there, right?

But here are some of the finer details of the origins of our beloved rugged little 4WD:

Today a division of Fiat Chrysler Automobiles, Jeep has definitely seen its fair share of owners.

Starting with Willys, Jeep was bought by Kaiser Motors (which became Kaiser-Jeep) in 1945, American Motor Company (AMC) in 1970, and Chrysler in 1987.

With every vehicle, Jeep strives to keep the legacy of freedom, adventure, and heritage alive.

And the Jeep Wrangler, as anyone who owns one knows, is one of the most accessorized vehicles on the market, enabling owners to personalize their Wranglers with authentic Jeep accessories.

Tasca is a fully authorized Jeep dealership and OEM parts distributor. Family-owned and operated since the 1950s, Tasca always puts the customer first.

Whether you're purchasing a Jeep vehicle, or looking to replace a part, give us a call and we'll give you our best.