On Monday (February 27, 2017), Takata Corp. pleaded guilty in a U.S. federal court to a felony charge resulting from the company’s fraudulent conduct (aka cover-up) concerning defects in its airbag inflators.

All because adults responsible for making decisions didn’t want to adult and be responsible.

And while the mix-up of suitcases at the 2017 Oscars is clearly in quite another category than the cover-up of up the Takata airbag debacle, certain lessons ring true across the board.

But, first, let’s set the stage. 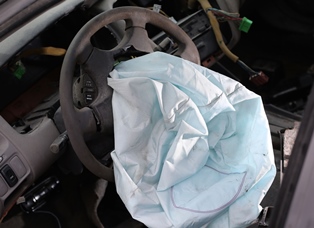 Setting the Stage: What IS the Largest Recall in Automotive History?

Takata Corp. is a Japanese-owned automotive parts company responsible for the production and distribution of millions of faulty airbag inflators to automobile makers.

Takata’s airbag inflators (which use the explosive chemical ammonium nitrate to inflate the airbags instantly in a crash) can explode with too much force, hurling metal shrapnel into drivers and passengers.

As if that weren’t bad enough, evidence also shows that Takata was well aware of the defective technology a full four years before publicly acknowledging the problem: In 2014, The New York Times published an article suggesting that Takata knew about the faulty airbags as far back as 2004 - and that engineers had even begun testing and research to verify the problem and identify a solution. Takata executives ordered the intentional destruction of data and physical evidence.

The $1 billion settlement includes $850 million allotted in restitution to the automakers, a $25 million fine, and separate $125 million fund to compensate the victims and their families who hadn’t already reached separate settlements.

But the important numbers are these: 43.1 million recalled vehicles, 180 injuries, and 20 deaths.

All because someone didn’t want to deal with the repercussions of admitting a problem when the problem initially came to light.

Everyone, especially those in leadership, communications, public relations, and customer service positions for companies, can learn from this situation.

If you or your business has either been responsible for or affiliated with something that requires an apology - acknowledge it. And acknowledge it as promptly as possible. As Benjamin Franklin is widely quoted as saying, “Don’t put off until tomorrow what you can do today.”

Publicly recognize that you messed up and own up to your responsibility to make it right. Customers, employees, business partners, and stakeholders all need to know that you care, that you’re willing to change, and that they are important to your business.

On Monday, February 27, 2017, PricewaterhouseCoopers owned up to their role in the award-mixup blunder at the Oscars the night before. Their response was quick and sincere:

We sincerely apologize to 'Moonlight,' 'La La Land,' Warren Beatty, Faye Dunaway and Oscar viewers for the error that was made during the award announcement for Best Picture. The presenters had mistakenly been given the wrong category envelope and when discovered, was immediately corrected. We are currently investigating how this could have happened, and deeply regret that this occurred. We appreciate the grace with which the nominees, the Academy, ABC, and Jimmy Kimmel handled the situation. 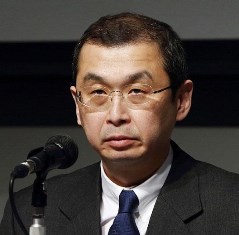 Granted, this gaffe isn’t even remotely in the same category as the Takata airbag recall - but the promptness and honesty with which PwC crafted their response still hold weight in the world of formal apologies.

The longer a problem goes unacknowledged, the greater the chances for unwanted and unforeseen consequences.

By the time (June 2015) Shigehisa Takada, chief executive of Takata, finally publicly addressed the problem of the faulty airbags that dated back to the mid-2000’s the damage was irreversibly catastrophic. Although he said that he felt “very sorry for the people who died or were injured” and “a heavy sense of responsibility that the products we made caused trouble,” Takada’s apology was too little and, worse, much too late.

Use your mistake as an opportunity to strengthen customer relations - show them what your organization is doing to fix the problem and, if applicable, how you’re getting and using input from your customers themselves to remedy the situation.

Be legitimate, genuine, and authentic

Say that you’re sorry - and mean it. Don’t skirt the issue or make a soft apology. Your audience is going to know the difference between a company just voicing an apology and a company that stands behind its apology.

After a recording of a heated argument between Uber CEO Travis Kalanick and Fawzi Kamel, his driver, over fares went public, Kalanick issued a formal apology:

It’s clear this video is a reflection of me—and the criticism we’ve received is a stark reminder that I must fundamentally change as a leader and grow up. This is the first time I’ve been willing to admit that I need leadership help and I intend to get it. I want to profoundly apologize to Fawzi, as well as the driver and rider community, and to the Uber team.. . . To say that I am ashamed is an extreme understatement. My job as your leader is to lead . . . and that starts with behaving in a way that makes us all proud. That is not what I did, and it cannot be explained away. 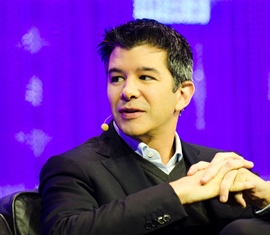 Uber is currently facing a slew of other charges, accusations, and troubles, and Kalanick’s apology may be only a proverbial drop in the ocean; however, as far as apologies go, his was quick, honest, and heartfelt. Also, importantly, Kalanick’s statement included an open admission of the lack of leadership development within Uber and the pressing need to do something about the shortcoming. Time will tell if Uber’s leadership can regain control of their ship.

Your words and actions need to be legitimate, genuine, and authentic. To help rebuild trust and recover brand loyalty, you need to show your customers, shareholders, and partners that your company recognizes the problem and is willing to address it.

Hope for the best, but prepare for the worst. Any business based in reality knows that mistakes, of all levels, can happen anytime, anywhere. Some companies are more prone to types of events that require apologies than other companies. And not all incidents require the same level of acknowledgment or apology.

A crisis management plan will give companies a strategy for responding in a timely, direct, honest, and appropriate manner to various crisis and other events that have the potential to negatively affect their brands.

What’s more, consistent messaging will help ensure that responses to negative feedback are controlled and not diluted due to mixed messaging.

Whether or not Takata had a crisis management plan in place, the company’s response to the airbag recall - including the late public apology, the refusal to comply to NHTSA’s orders, and the initial insistence that its products were safe (despite mounting evidence to the contrary) - transformed what ordinarily would have been a difficult-but-still-manageable crisis into a creature of an entirely different order.

To that end, education and awareness of such measures also need to be a part of company culture. Your organization’s customer service team, drivers, wait staff, etc. are just as much an extension of the company’s brand as are its leaders.

Your company’s ability to listen to, and willingness to respond to, its employees and customers is key to effective working relationships and successful endeavors.

Not surprisingly (but easily overlooked), acknowledging the customer’s problem is a solid first step. Business to customer relations are built on working interactions between the two - start with letting your customer know that you hear them. Even if you don’t have an immediate solution to the problem, just letting your customer know that her voice matters is important to diffusing tempers and rebuilding trust.

Even better - identify the problem BEFORE the customer comes to you. If you can, present a series of options to the customer for correcting the situation. No matter how small the problem, your customer will appreciate the effort.

I had ordered a part online. Amy at Tasca emailed me that the part I ordered was not the correct part for my car. I then changed my order to the part she said was the correct one. I received the correct part within a day or two. It was packaged very well and arrived in perfect condition. I was very happy with the service I got at Tasca. Amy was very helpful and saved me from ordering the wrong part.

Even if your company can’t solve the problems of every customer, the manner in which your company - especially your customer support team - handles customer interactions can make or break a relationship.

Tasca Parts is proud of our small, award-winning customer service team of automotive parts professionals. They field all manner of calls - from auto enthusiasts with technical Ford performance questions to people who just want to replace their sideview mirror - with patience, honesty, and a sincere willingness to want to help the customer. They get berated, cursed at, and belittled for situations beyond their control and yet they continue to patiently explain, pacify, and address the needs of our customers.

Our Promises to Our Customers

The Tasca family always puts customer service above all else, and stands by our promise to deliver:

With 40% or more off list prices every day, our OEM prices are seriously among the lowest that you’re going to find.