This is the story of Bob Tasca, Jr.’s custom 1968 Torino - as much as we've been able to put together with the help of Chris Zukowski, the current owner (who was kind enough to share this with us), and additional details from Bob Tasca, Jr. himself. The car has been the subject of a cosmetic and mechanical restoration to try and preserve its originality and heritage.

The Ford Torino
The Ford Torino was produced by Ford Motor Company between 1968 and 1976 as an upscale, updated intermediate variation of the Ford Fairlane. Although Ford continued to use the name Fairlane on base models of the car through 1971, the Torino became the name used on most body models designed for a newer generation of car buyers. The 1968 Torino was offered in several styles: the two-door fastback, two- or four-door hardtop, station wagon, and two-door convertible. While most Torinos were conventional in trim and engine size, high-performance versions were produced with 428 cu. and 429 cu. “Cobra Jet” engines. The 1968 Torino GT was the upscale version with standard body decal stripe, styled steel wheels, wide oval sports tires, and standard equipment V8 engine.

Bob Jr. immediately began modifying his Torino, starting with pulling the 428 Cobra Jet V8 engine and swapping in a 442 cubic inch motor with 427 tunnel port heads and two 4-barrel carburetors (the engine currently still in the car!). He also went from a 4.30 rear axle gear ratio to a 3.91. At some point, he removed the steering wheel cover and inscribed his and his wife's names in the back of the cover (like the engine, also still with the car). For the remainder of 1968 and the beginning of 1969 Bob primarily used his Torino for street racing.

The Torino, with a damaged rod in the motor, was then purchased by a family friend of mine in the early 80's (he owned the car until his passing in 2015). We eventually collected the parts needed to repair the Torino and, as my father was an engine machinist, re-installed the engine in the late 1980s. For the next 25-30 years the Torino was only started a couple of times a year - but never saw the road again until recently. 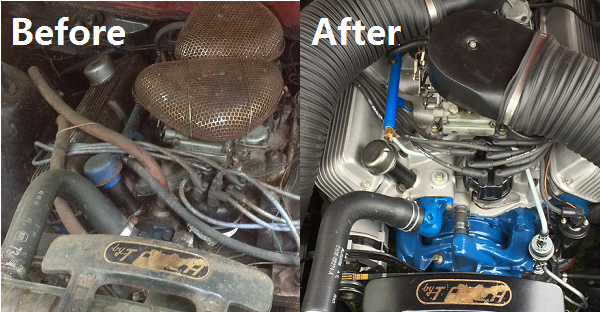 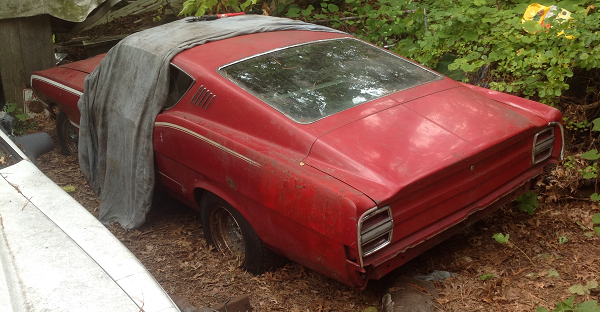 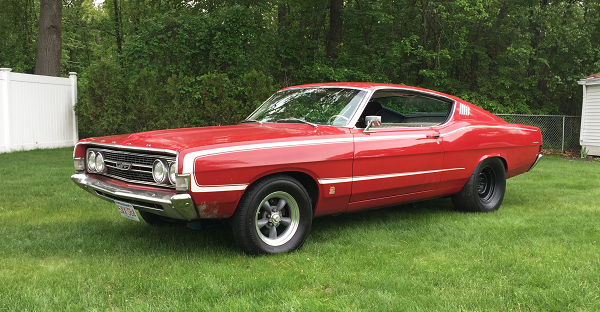 In 2016 I made a trip back to Tasca for their annual Mustang & Live Music event and had a chance to reunite the original owner Bob Tasca, Jr. and his wife with the car. He was really excited to see the Torino still around and resurrected to its current state. He couldn't believe it was the same car. 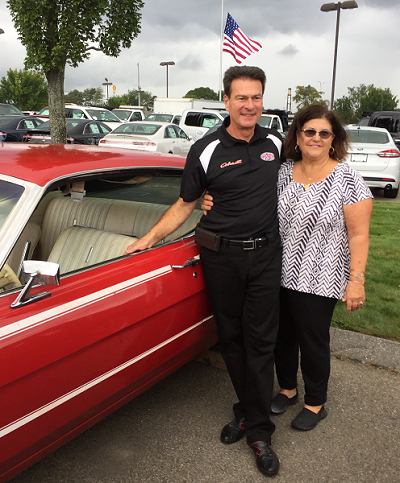 Do you purchase parts from Tasca Parts? New, old, import, domestic, daily driver, classic, antique, hot rod - we want to see all the cars and read all the stories!

Send us your story for a chance to win a $200 TascaParts.com gift card. It’s easy:

As always, please review our Promotion Rules & Guidelines, Terms & Conditions, and Privacy Policy if you have any questions regarding the use of any of your information.