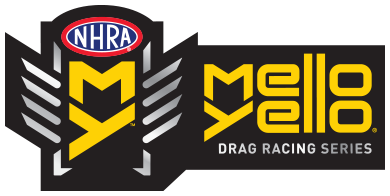 The NHRA has announced, in consideration of the COVID-19 global pandemic, revisions to the 2020 Mello Yello Drag Racing Series schedule.

The 2020 series is tentatively planned to resume June 5-7 with the Amalie Motor Oil NHRA Gatornationals at Gainesville Raceway. The season will conclude with the crowning of the Mello Yello Drag Racing Series champions November 13-15 at the Auto Club Finals at Auto Club Raceway in Pomona.

The revised schedule will consist of 19 total events, with 17 of those events being contested when the series resumes in June. Six of these events will be condensed to two-day competition schedules for the Mello Yello Drag Racing Series classes due to economic and logistical factors. As a result of the compressed schedule points will not be reset after the U.S. Nationals at Lucas Oil Raceway. NHRA has held two make-up dates on the calendar in case there are further delays.

All events will be aired exclusively on FOX Sports with select events on FOX broadcast network.

Check out TascaRacing.com for more info on Bob and his team!