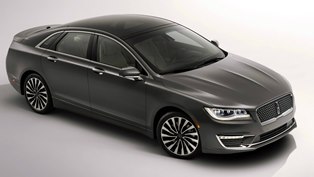 Distinguished by elegant and sophisticated design, premium options in comfort, safety and technology, and the ultimate array of powertrains, Lincoln aims to embrace its customers with limitless possibilities and unforgettable experiences.

From Aircraft Engines to Luxury Cars

Did you know that the Lincoln Motor Company – with its sleek, sophisticated vehicles and history of Hollywood fame – began by assembling engines for the U.S. Military?

Today Lincoln is known for its high-end cars, featuring the finest of materials and the ultimate in comfort and options.

Originally founded in 1917 by Henry Leland, the same man responsible for the Cadillac brand (which was sold to GM in 1909), Lincoln was purchased by Henry Ford and his son Edsel in 1922 following failed post-war attempts to establish itself as a luxury brand and its subsequent bankruptcy.

Edsel, Henry’s son, was instrumental to the introduction of several new body styles and Lincoln quickly became one of America’s top-selling luxury brands, alongside Cadillac (now owned by GM), Pierce-Arrow, Duesenberg, and Packard.

The Most Honorable Assignment

Lincoln has a long history of providing official state limousines for U.S. Presidents.

The “Sunshine Special”, a 1939 Lincoln K-Series V12 convertible, was the first car built for presidential use.

Known as a favorite of FDR, the Sunshine Special was designed specifically for Franklin D. Roosevelt, who was a victim of polio and often used a wheelchair.

Fitted with a convertible roof, hence the nickname, the design allowed Roosevelt to appear before crowds without actually leaving the car. In use until 1948, the Sunshine Special is now on display at The Henry Ford Museum in Dearborn, Michigan.

Presidents Harry S. Truman, Dwight D. Eisenhower, and John F. Kennedy all made use of a 1950 Lincoln Cosmopolitan called the “Bubble Top”.

But perhaps the most famous Lincoln Presidential state car was the 1961 custom-built Lincoln Continental convertible, known as the SS-100-X, used by John F. Kennedy.

Following JFK’s assassination, the car was retrofitted with armor plating and a fixed sedan roof and put back into service to be used by Presidents Lyndon B. Johnson and Richard Nixon.

Retired in 1977, the SS-100-X is also on display, alongside the Sunshine Special, at The Henry Ford Museum.

The last Lincoln to be used as a Presidential state car was a 1989 Lincoln Town Car commissioned for President George H. W. Bush.

Fitted with thick armor plating and bullet-proof glass, this Town Car was equipped with a 7.5 L EFI V8 coupled to an E4OD 4-speed automatic transmission sourced from a Ford F-250.

The Lincoln Motor Company designs vehicles for the distinguishing customer; the customer who looks for elegance, sophistication, and luxury.

Tasca Parts is Your Source for OEM Lincoln Parts & Accessories

Whether you're purchasing a Lincoln vehicle, or looking to replace a part, give us a call and we'll give you our best.