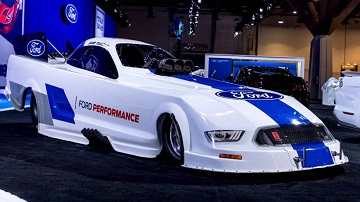 This is big news. Like REALLY BIG NEWS! Like stop the presses, take out your calendar for next year, and get ready for what will potentially be the most thrilling NHRA season since 2014.

Ford Performance will be sponsoring Bob Tasca III and his Tasca Racing team for the 2018 NHRA Drag Racing Season! That’s right - Ford will be the primary sponsor of Bob’s Mustang Funny Car for at least 16 of the races and co-sponsor for the remainder of the season.

This is Ford’s first venture back into professional NHRA drag racing after stepping away from sponsorships following the 2014 season.

Are you ready? WE are!