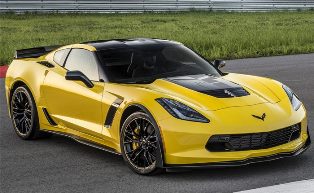 But the name WILL conjure an image.

Because Chevrolet is quintessentially American.

Do you want to talk history-making?

Then we need to talk Chevy – specifically, Chevy’s small-block V-8.

Ground-breaking in design and technologically advanced for its time, Chevrolet’s 1955 small-block V-8 was one of the most influential engines in automotive history.

Known and valued for its attainable high-performance, durability, and reliability, the small-block has powered everything from work trucks to performance cars, including the Corvette and Camaro SS.

Its extreme versatility and interchangeability has long made it a favorite choice for street rodding, circle track racing, and drag racing.

Believed to be largely responsible for Chevy’s rise as a force in motorsports in the 1950s, the small-block V-8 has lived on in a number of impressive engine configurations, including:

A Leader in Automotive Design & Ingenuity 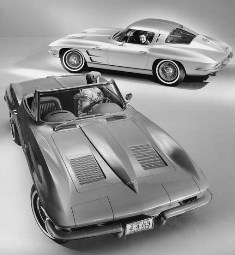 Their impressive engines aside, Chevrolet has also always been widely recognized for their forward-thinking approach to design.

Today, vehicles like the 1957 Chevrolet Bel Air, the 1963 Corvette Stingray, and the Camaro are established icons of American culture; back in the day, though, their eye-catching designs and affordable performance were what made them popular.

And it’s the same attention to design and performance that makes Chevrolet’s vehicles equally popular to today’s consumer.

And Chevy’s design innovations apply to their trucks as well.

The Chevy Suburban has the longest running nameplate in automotive history, first being introduced in 1935.

Currently the fastest growing pickup brand in the world, Chevy continuously leads the pack in truck design – producing trucks characterized by the quality, durability, and reliability that truck owners demand.

Like Chevrolet vehicles, OEM Chevrolet parts and accessories are designed, engineered, and developed by GM.

Tasca is a fully authorized Chevrolet dealership and OEM parts distributor. Family-owned and operated since the 1950s, Tasca always puts the customer first.

Whether you're purchasing a vehicle, or looking to replace a part, give us a call and we'll give you our best.